Special issue in English of Peripeti, Danish scientific review on drama and theatre studies, published by the departments of Dramaturgy, Aarhus University, Drama and Theatre studies, Copenhagen University, the Creative Playwriting studies and The Danish National School of Performing Arts.

In this special issue, edited by Erik Exe Christoffersen and Kathrine Winkelhorn several researchers have come together to investigate a series of performances and to look more closely into Hotel Pro Forma's artistic means and processes to expand an understanding of the performing arts.

Theresa Bener contributes to the book with an essay entitled Hotel Pro Forma in a European Context. The book can be ordered here (or write to Theresa Bener).

Excerpts from the essay ©️Theresa Bener:

The 2005 edition of the international Avignon Festival was particularly memorable for its diversity of contemporary stage expressions – and the subsequent quarrels they provoked. “This is not theatre!”, was an affirmation often heard in the fierce public debates that not only involved critics and the 110000 spectators, but even took place among political editors and columnists of the French national media. The festival’s artistic profile that year was outlined by the invited Flemish artist, playwright and stage auteur Jan Fabre. It had a clear penchant towards post-dramatic and so-called visual theatre, including performance art, dance and audio-visual, multimedia installations. This line was represented by artists such as Romeo Castellucci, Wim Vandekeybus, Marina Abramovic, Jan Lauwers, Gisèle Vienne, Pascal Rambert and, of course, Jan Fabre himself. Although the performances, many of which had been devised in situ, were recognised for having elaborated a specific “text” based on the elements of stage, it was often claimed that written text, taken as a primordial constituent of theatre, was absent or treated with neglect. A great deal of the heated polemics seemed to evoke a gap between “conservative” defenders of staged plays (or adapted literature) and the “avant-garde”, who would consider theatre as a laboratory for explorations of the human presence in relation to audio-visual aesthetic forms. Jan Fabre, one of the key figures of the 1980’s “Flemish wave” in postmodern, contemporary dance, described the human body as a manifesto for sexual and social messages and wished to define himself as a “warrior of beauty”.

Hotel Pro Forma defines itself as a “laboratory of performance, installations and opera. /…/ The structure of the performances is strongly anchored in music and visual arts and does not follow traditional theatrical structures.” Investigation of subject matter and trans-disciplinary exploration of technology, forms and spaces are essential to their projects. It is however curious that this kind of approach to the performing arts could still, in the early 21st century, be pinpointed by certain audiences (and even by some critics!) as not being “theatre”, or, at best, be considered avant-garde. History suggests that the decisive battle was fought a hundred years ago. Yet theatre still has to conquer and reaffirm its own specific codes, in order to be appreciated not as illustrated literature but as an independent artistic language. Kirsten Dehlholm and Hotel Pro Forma are protagonists in this continuous struggle – but they are definitely not alone.

The French critic Bruno Tackels has advanced the term écrivain de plateau, which he illustrates with excellent examples in a series of six essays on acclaimed international stage auteurs and companies: the Castelluccis/Socìetas Raffaello Sanzio, the Théâtre du Radeau, Rodrigo García, Anatoli Vassiliev, Pippo Delbono and Ariane Mnouchkine/Théâtre du Soleil (published 2005-2015 at Les Solitaires Intempestifs). Although adopting completely diverse styles they are all “writing” or “sculpting” their pieces out of each particular performance space (le plateau), with light, colour, voices, sound, movements, objects, bodies and architecture. Words, music and stories are not primordial, but nor are they excluded from the productions of these artists.

In recent years there has been an increasing number of artists crossing seamlessly between international performing arts festivals and important visual arts manifestations, to the benefit of all genres. Artists like Marina Abramovic, Sophie Calle, Jérôme Bel, Rabih Mroué and Tim Etchells seem to cross-fertilize their projects from different kinds of exposure. Abramovic was even the heroine of a Robert Wilson stage opera, The Life and Death of Marina Abramovic (2011), where the performance artist played her own persona. Kirsten Dehlholm and the Hotel Pro Forma have always alternated between theatres and art spaces (or indeed venues with no artistic mission), more recently joined in that versatility by South African artist William Kentridge, who actually started (and abandoned) his career as an actor in the early 80s, after training at the famous Jacques Lecoq School in Paris.

When stars of the visual arts take to the stage, as performers, designers, directors or auteurs they inevitably bring along other networks of communication, other ways of seeing art.

This somehow connects with the principles of the avant-garde theatre in Paris a hundred years ago, where highly creative people of different fields came together in unique team works, serving a scenic poem that was bigger than anything they could have signed individually. The artistic endeavour of Hotel Pro Forma is in many ways a modern version of the Ballets Russes and the Ballets Suédois. Eclectic, bold, idiosyncratic, ever open to all conceivable possibilities of the stage. 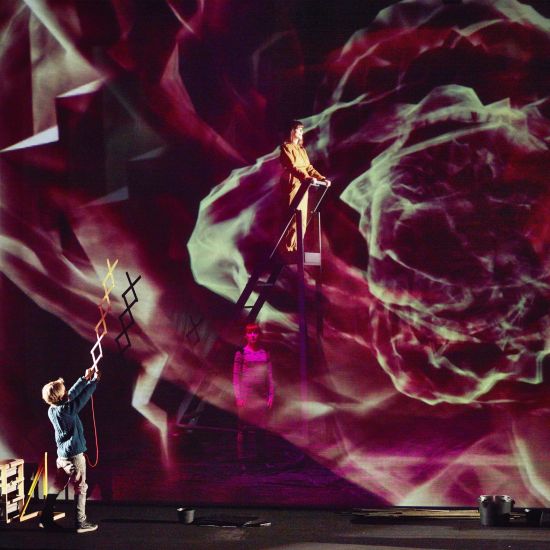 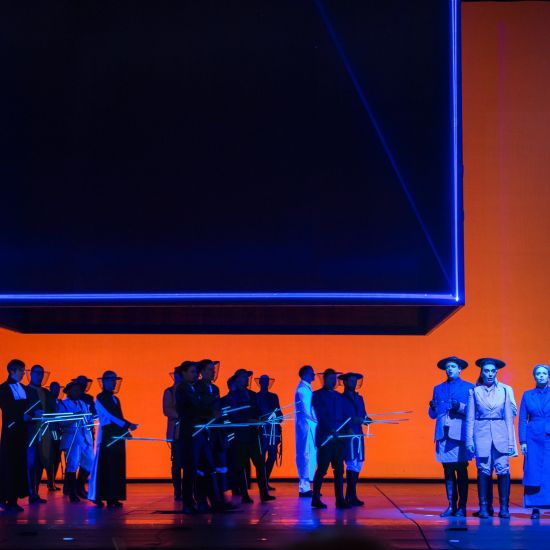 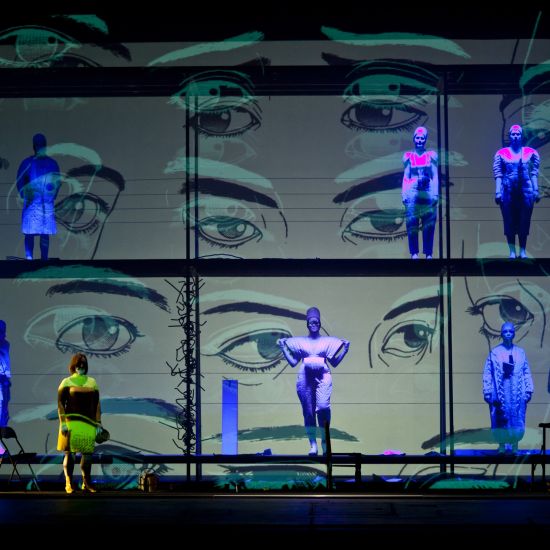