/.../ One of the issues at stake in the Metropolis project is the question of public space. How do we meet and interact socially in urban areas that are not yet possessed and ruled by commercial activities or public institutions? Why are citizens (especially the elderly and weak) getting increasingly reluctant to spend time in parks, squares and streets? We all tend to move swiftly through these open spaces as if they were “wastelands”, where we have no distinct sense of belonging and may feel uneasy or vulnerable. This applies not only to new urban development zones in the outskirts of Copenhagen but also to neglected parts of the city centre.

Art and culture create democratic platforms where people can meet, negotiate and investigate their differences, without feeling threatened or excluded by the unknown others. When South African choreographer Jay Pather prepared a dance pilgrimage through the socially unsettled district of Nørrebro his aim was to create poetic gestures out of the diverse histories and cultural systems that converge in this part of Copenhagen. Pather and his collaborators had in 2008 been knocking doors in the neighbourhood, collecting stories from the residents. In the public eye Nørrebro had unfortunately come to be associated with violent gang conflicts, a consequence of failure in integration, which had favoured an environment of crime and hostility. /.../ 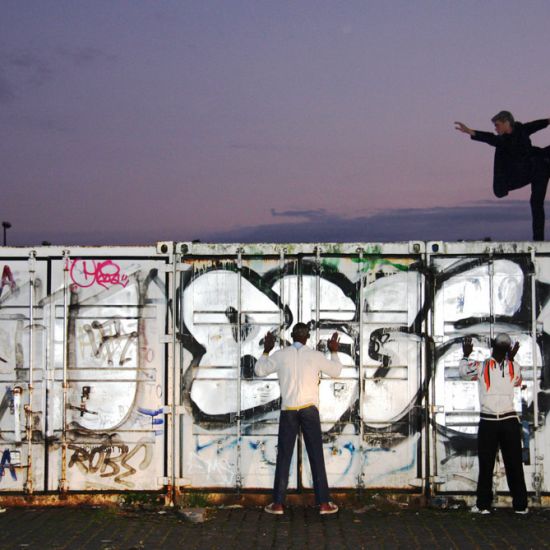